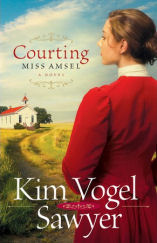 Edythe Amsel is delighted with her first teaching assignment: a one-room schoolhouse in Walnut Hill, Nebraska. Independent, headstrong, and a strong believer in a well-rounded education, Edythe is ready to open the world to the students in this tiny community. But is Walnut Hill ready for her?

Joel Townsend is thrilled to learn the town council hired a female teacher to replace the ruthless man who terrorized his nephews for the past two years. Having raised the boys on his own since their parents’ untimely deaths, Joel believes they will benefit from a woman’s influence. But he sure didn’t bargain on a woman like Miss Amsel.

Within the first week, she has the entire town up in arms over her outlandish teaching methods, which include collecting leaves, catching bugs, making snow angels, and stringing ropes in strange patterns all over the schoolyard. Joel can’t help but notice that she’s also mighty pretty with her rosy lips, fashionable clothes, and fancy way of speaking.

When Edythe decides to take her pupils to hear Miss Susan Anthony speak on the women’s suffrage amendment, the town’s outcry reaches new heights. Even Joel isn’t sure he can support her newfangled ideas any longer. And if he can’t trust her to know how to teach the boys, how can he trust her with his heart?

If you would like to read the first chapter of Courting Miss Amsel, go HERE. 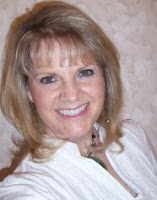 Kim Vogel Sawyer is the author of fifteen novels, including several CBA and ECPA bestsellers. Her books have won the ACFW Book of the Year Award, the Gayle Wilson Award of Excellence, and the Inspirational Readers Choice Award. Kim is active in her church, where she leads women’s fellowship and participates in both voice and bell choirs. In her spare time, she enjoys drama, quilting, and calligraphy. Kim and her husband, Don, reside in central Kansas, and have three daughters and six grandchildren.