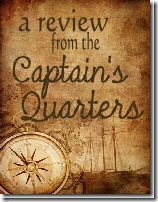 There’s a new word game on the market, and it’s called Scruble Cube.  That’s kinda fun to say, isn’t it?!

Members of  the Crew received the Scruble Cube to review.  When we received ours, and I opened the box, I was immediately excited.  See, I’m a sucker for a good word game, and this one is packaged so that the game is entirely visible from all sides – I couldn’t wait to get the box open and pull it out!  Thing is, though, I didn’t get a chance to play with it because Gracie snatched it from me and took off with it!

Gracie’s 11, and words are not her thing – numbers are.  So, I was surprised when she took such an interest in a word game!  But, Scruble Cube isn’t just any word game.  It’s been said that it’s a cross between Scrabble (which I’ve personally never been a fan of) and a Rubiks Cube (remember the whole Rubiks craze of the 80’s?!) To Gracie, Scruble Cube appeared to be some sort of mind puzzle – and she’ll take that as a challenge any day!

Inside the packaging, in addition to the Scruble Cube itself, you’ll find a timer and instructions.  I didn’t feel that the packaging was really created for re-use, so I threw it away.  Hindsight would later tell me that was a mistake (but more on that later).

So, how do you play Scruble Cube?  Well, as you can see by the picture to the left, you can turn the cube in various directions (think Rubiks).  Each lettered circle also contains a point value (think Scrabble).  And the really cool thing is that each circle is able to be rotated so that, when you find a word, you can turn all the letters so that they are facing the same direction.  Pretty cool, huh?  We think so!

In addition to the directions that are included in the packaging, Scruble Cube provided Crew members with some alternative directions and ideas for making game play extra educational.  Any game involving words is educational, but the extra ideas were fun and very welcome!  Do you think a word game could be beneficial for teaching math?  What about science?  That sounds somewhat ludicrous, right?  Well, think again.  You can see some of the great ideas for using Scruble Cube here.

I must share a personal story about the Scruble Cube and offer a shout-out to their exemplary customer service . . . We thought that, with the compact size of the Scruble Cube, it would make an ideal camping game for us (we recently purchased a camper and have been stocking it with good camping entertainment). Gracie came in the house one day – after having gone to the camper for something – just sobbing.  She had accidentally dropped our Scruble Cube and it broke into a million pieces (well, maybe just 96). Obviously, she adores the game!  After trying to console her, I e-mailed our contact  from Scruble Cube – Gracie was thrilled to hear that she would be putting a new cube in the mail to us.  And, let me tell you, we were not the easiest of customers – right after receiving our cube, I discovered that my 5-year-old son, Ian, had thrown the timer in the trash.  Scruble Cube had already replaced the timer – and now they were replacing the Cube as well.

All that to say that the Cube is fragile.  Recommended age is 8+; but it should be explained that caution and care are needed.  Scruble Cube will stand behind their product though – which I find refreshing in today’s marketplace!

If you’re ready to purchase a Scruble Cube of your own, you may do so here.  The Scruble Cube sells for $24.95.

NOTE: I received a free Scruble Cube as part of the Homeschool Crew review program. I only share reviews of products that I have actually used in my home.