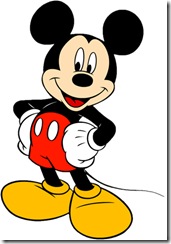 Here are my answers to the questionnaire which is this week’s Destination Disney theme:

First Theme Park Memory: I was 17 when my family made our first trip to Walt Disney World.  I remember being in awe when we first stepped inside the Magic Kingdom.  The crazy planner in me, though, remembers spending hours upon HOURS poring over a Birnbaum’s Guide to Walt Disney World and making TONS of notes on 3×5 cards – which I then carried in my purse and led my family around as though I were some professional tour guide.  LOL  Some things never change!  (I shared some pictures of that first trip here.)

First Memorable Disney Trip: Our first trip, mentioned above, was definitely memorable.  So much so that we decided to go back again 2 years later.  On that trip, I was older and had my own car (and my own money) – so I took my best friend along, we rented our own hotel room, and did our own thing!  That was fun.  Gee, as a parent now, I don’t know that I’d be so flexible with my own kids.  LOL

First Disney Resort Memory: Here’s a confession – as Disney-obsessed as I am, we have NEVER stayed in a Disney resort!  However, during our trip in January of 2009, Brian’s boss and his wife were also at Disney – camping at Fort Wilderness.  They invited us over for a cook-out.  So, we got a taste of Fort Wilderness – and we LOVED it!

Then, last year, we had a much more “leisurely” trip and we spent some time “resort-hopping”.  We had dinner with Cinderella & Friends at the Grand Floridian, then enjoyed walking (or meandering may be a better word) on the beach and visiting the Polynesian Resort.  We also spent some time at Pop Century, as we had a friend staying there at the time.  Another day, we took the boat from Hollywood Studios over to the Swan & Dolphin, and walked to the Boardwalk and Beach Club Resorts.

We had so much fun visiting the resorts last year that we plan to do some more resort-hopping this coming May.  AND, we even made reservations to spend the first 3 days of our trip at a Disney Resort — Port Orleans Riverside.  We’re excited — but, I must say, I’m thinking I won’t even want to leave the resort to go to the parks. 🙂

Last Disney Trip: Last May, we went to Florida on “business” – to work in the booth for The Old Schoolhouse® Magazine at the FPEA (homeschool) convention.  However, we left home a week early so that we’d have time to feed our Disney passion with some days in the parks.  We only spent 3 days total in the parks, but we did the above-mentioned resort hopping and spent some time at Downtown Disney as well.  Considering we went on “business”, it was very much a “leisure/pleasure” trip because there was none of the rushing around/must-do-this and must-do-that.

Next Disney Trip: We are scheduled for another “business” trip just like the one mentioned above this May. 🙂  We’re hoping to have another relaxing experience.

Then, we’re hoping/planning a more VACATION oriented, REAL Disney trip next spring sometime.  We’ve got a 20th anniversary to celebrate, along with an 18th birthday and a graduation!

EPCOT
Future World Attraction: Soarin’
Future World Restaurant: We’ve eaten at the Electric Umbrella and at Sunshine Seasons – both counter-service places and pretty average.  We have reservations for a character meal at the Garden  Grill in May.

World Showcase: I love ALL of World Showcase!
Favorite Snack: Egg rolls in China (though we have a wish list of snacks we want to try this year!)
Favorite Drink: I was thinking I had never had any specialty drinks in World Showcase, but I have picked up a specialty coffee at a booth in front of American Adventure – and it was quite yummy
Favorite Meal: The Princess BREAKFAST at Akershus in Norway – YUMMY!  (though I’ve heard that the dinner is not nearly as yummy – more Scandinavian in nature – I’ve not tried it, though, so can’t speak for myself)

Favorite Hollywood Studios Attraction: How to chose  between Toy Story Mania and Tower of Terror?!

Favorite Non-Park Restaurant: Rainforest Cafe and/or T-Rex Cafe in Downtown Disney (we also like shopping at Rainforest Cafe – they almost always have good deals on clothes!)