Welcome to those of you joining me from Focused on the Magic and those of you just hopping aboard. I am the third stop on our Magical Blogorail.
ºoº ºoº ºoº ºoº ºoº
When I first heard about this month’s chosen theme, I thought “oh dear, what will I write about?” I’ve read so many stories about people having magical moments at Walt Disney World — you know the ones I’m referring to – things like being chosen to participate in a parade, being granted one wish, or being invited to spend the night in Cinderella’s Castle Suite.  Nothing like that has ever happened to us.
But, when I really sat down to think about this, it hit me — what could possibly be more magical than seeing Disney through the eyes of your  child for the very first time?!  NOTHING!  So, that’s my focus for  this month’s theme . . .
(Before I share my kids’ first Disney experience pictures, I just need to say that if you ever see me mention thinking about starting to scrapbook again, just shoot me, ok?! Oh, and another thing – thank God for digital cameras!)
Ashley’s first trip to Disney was in 1999.  She was a 5 year old with a very effervescent personality! 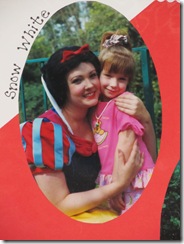 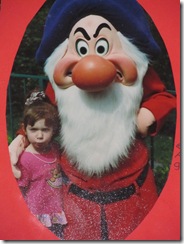 We met all the dwarves that year!  Notice her Grumpy face?! 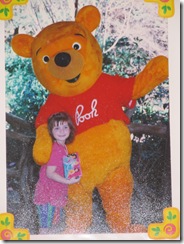 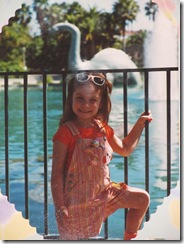 With Pooh at Animal Kingdom and posing at Disney-MGM Studios. 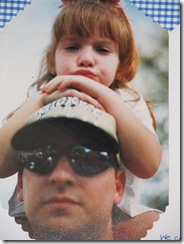 One of my favorites – waiting to watch the parade at Magic Kingdom.
Gracie’s first trip to WDW was in 2005.  She was 4 years old and the polar opposite of her sister.  Gracie has always been pretty shy, so I wasn’t sure how she’d respond to the characters.  But, she had a blast meeting them and getting their autographs! 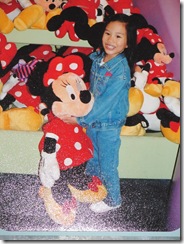 With Chip & Dale at Epcot, and in the World of Disney store at Downtown Disney. 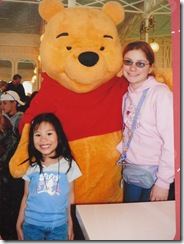 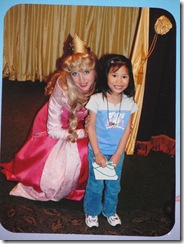 With Pooh at the Crystal Palace and meeting Aurora. 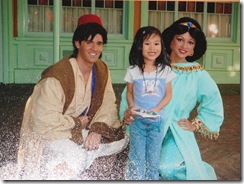 A favorite meeting – with Aladin & Jasmine.
Ian’s first trip to Walt Disney World was in 2009.  He was not quite 3.  Like his oldest sister, this boy has a bubbly personality. He can light up a room and draw a crowd! 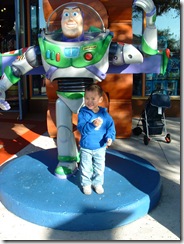 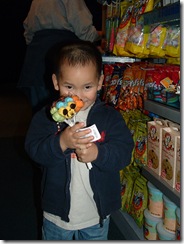 With the Buzz Lightyear statue at Downtown Disney, and with his prize lollipops! 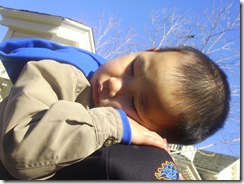 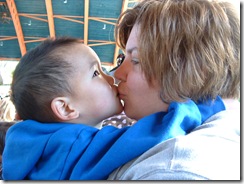 Waiting for the parade, and waiting for Beauty & the Beast LIVE!
While every child is different and they’ll all react differently to Walt Disney World, the Magic that is there when they see it for the first time is always VERY REAL and VERY SPECIAL!  And, to me, that’s the most magical of moments!
ºoº ºoº ºoº ºoº ºoº
Thank you for joining me today. Your next stop on the Magical Blogorail Loop is Disney on Wheels.

Here is the map of our Magical Blogorail should you happen to have to make a stop along the way and want to reboard:

1st Stop ~ Your Highway in the Sky

2nd Stop ~ Focused on the Magic

3rd Stop ~ Ramblings, Reflections and Reviews  (you are here)