Every once in awhile, a book comes along that changes your perspective on things.  That’s what Tears Water the Seeds of Hope did for me.  Much like the “reality check” trips to Vietnam to bring back our babies, this book made me really stop and think about what life is like for those living in third world countries.  And, taking it one step further, my thoughts went to what I might  be able to do, as an individual, to help. 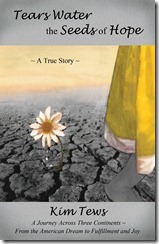 That’s what Kim Tews did.  She’s the author of Tears Water the Seeds of Hope.  This book is her story.  The tagline reads “A Journey Across Three Continents, from the American Dream to Fulfillment and Joy.”  I love that.  Because Kim was living the American dream – big house, nice cars, 2 great kids, and a high-paying job in real estate.  But, she discovered that it wasn’t enough.  In fact, it wasn’t even the important stuff.

But, rather than sharing my thoughts on the book, I’m going to let Kim share from her own personal story . . . 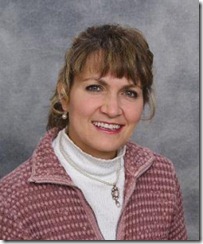 In the fall of 2005 my husband, Randy, and I established a 501 (c) 3 non-profit organization, Outreach for World Hope (OWH) to save the lives of children found in end stage starvation in eastern Guatemala. My new book Tears Water the Seeds of Hope shares stories of hope, inspiration and even humor as the hard work of countless volunteers pays off through triumphant victories. The joy of changing the life of another for the better is a fuel that powers the tireless efforts of those working long and unpredictable hours in ministries of every kind. But we must not let the outcome of our efforts be the measure of our value as servants.

As OWH grew, several board members assumed roles as volunteers that would have cost the ministry thousands of dollars in terms of hired help. Our treasurer and the director of our child sponsorship program each worked full time without pay while retired.  My role was exciting as Randy and I traveled back and forth to Guatemala witnessing first-hand the difference that was being made. The ministry was my passion. Energy fueled by the success stories of children being rescued and rehabilitated often kept me working late at night and into the early morning hours. I was encouraged as I lived out the daily details of life-saving victories, but I feared that the others would soon become weary and burned out by the mundane administrative roles they filled. It occurred to me that God chooses His most selfless and faithful servants for roles that lack the limelight and excitement of tangible daily victories, but are equally necessary and integral to every success. The reward of the invisible volunteer is the knowledge that he or she has mattered by playing a crucial role seldom noticed by others, but dear to the heart of God.

I often imagine how tireless and steadfast we could be should we never face defeat. Unfortunately, not all stories have happy endings. Eventually we fell upon a season of repeated disappointments. We received news that a few of the families we had helped seemed to be back-sliding. Shortly thereafter it became necessary for our director in Guatemala to flee our  office in Jocotan as an American ministry was accused of harvesting children’s organs for sale within the United States. She eventually returned but several months later she would again flee the area in the midst of mass rioting over rumors of a local political issue that would never have affected ninety-nine percent of the perpetrators. The municipal building was burned to the ground and with it, a beautiful library that had just been inaugurated for the villagers’ use through the tireless efforts of Jana Allen, a young Peace Corps volunteer from the United States.

Jana was in despair as she learned that her year-long project had been reduced to ashes over the course of an hour. She left Guatemala, and although we had contributed to her library and considered her a friend, several attempts to reach her with words of encouragement were unsuccessful. It was as if she had disappeared, having lost the desire to advocate for the poor of Guatemala. She had become despondent, perhaps concluding that her hard work had been in vain, and a year of her life had been wasted because of the careless destruction brought about by the very people who would have benefitted from her efforts. Poverty breeds calamity that begins with ignorance and spawns a sense of hopelessness seemingly impossible to overcome.

I am often referred to as a “Pollyanna” because of my unwarranted optimism in the face of seemingly hopeless situations, but after several more setbacks within the same time frame, I was becoming discouraged. I bolstered my spirits envisioning thousands of children eating meals that they would not have had without our faithful sponsors. I thought of our medical teams and the countless lives saved through parasite treatment and the provision of other health care, the numbers of which we would never know. I thought of children at desks and computers where once there were none, and HIV patients still alive and healthy, thanks to the anti-retroviral treatments made possible by our supporters, and it occurred to me that God had never promised that this would be easy. He never promised easy victories or even lasting progress. Loving unconditionally requires a leap of faith with the knowledge that our efforts may never be rewarded by success, or even acknowledged with a simple thank you. We must choose to serve based on a higher reward—the knowledge that regardless of the outcome, we have offered our gifts of love and compassion to God and our fellow human beings expecting nothing in return. We must acknowledge that we are not in control and that our responsibility is only to make the effort, sometimes in vain, or possibly having planted seeds that will take root long after we leave this world. The rest is always up to God.

While reading the book, I marked the page with the above quote.  I had no idea, at the time, that Kim would highlight it in her guest post on my blog.  God was working!

Tears Water the Seeds of Hope is available at Amazon and Barnes & Noble.  You can learn more about Outreach for World Hope at their website or Facebook page. You can also follow more from this book tour at Great Escapes.