The other day, I shared about our  travel TO Walt Disney World.  Today, I’d like to share about what we did when we arrived . . .

We arrived in the area much earlier than our 3pm check-in time; so we decided to head to one of our favorite places – Downtown Disney.  We browsed through some stores and decided to eat lunch at Earl of Sandwich.  We had never eaten there before, but the menu was very varied and there was definitely something for everyone (which isn’t always easy with some of the picky eaters in my family).  Brian decided on the roast beef sandwich, Ashley chose the meatball sandwich, Gracie had the pizza sandwich, and Ian went for the PB&J, while I chose a bowl of the cheddar cheese soup.

Unfortunately, we were so excited to be at Disney, and I totally forgot to get pictures of our food.  It was delicious though.  My soup was very yummy and satisfying.  Brian and Ashley were pleased with their sandwiches.  Gracie and Ian’s sandwiches were both on round bread/rolls and were toasted.  Gracie proclaimed hers to be one of the best things she had ever eaten (and that’s really saying something because, with the exception of grilled cheese, she doesn’t eat sandwiches!)  I tasted Ian’s PB&J and it was very good too!  We need to try to recreate these yummy sandwiches at home. 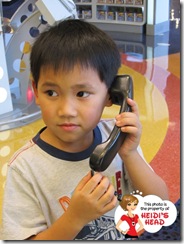 In the Once Upon a Toy store, Ian was greeted by a Cast Member who told him that Goofy was on the phone for him. He got a kick out of that; and the extra special attention from the CM was a great way to kick off our vacation.

From there, we headed to Port Orleans Riverside to check in.  We had chosen the online check-in service; so I sent Brian in to get our Keys to the World, while I picked up our stroller from Kingdom Strollers. We were very excited to learn that we would be getting one of the newly remodeled rooms for this stay! 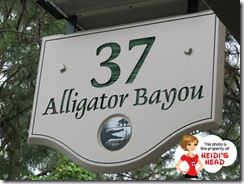 We were in Building 37 – room 3706 – which turned out to be the closest room to the parking lot!  So we were quite pleased with the location (after a long day in the parks, being that close is very convenient!)

[Be watching for a separate post highlighting the differences  between the old and new guest rooms – COMING SOON.] 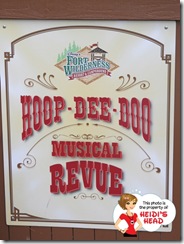 After getting settled in to our room, we drove over to Fort Wilderness for our very first experience at the Hoop-Dee-Doo Musical Revue.

We arrived early so we’d have some time to explore a bit of the campground (we had visited one other time, but it was dark – so we were anxious to see it in the daylight).  We were able to spend some time walking around the grounds – and we got some great pictures (which is a good thing, because Brian’s eyes were closed on our Hoop-Dee-Doo photos!)

Here’s my favorite picture of the kids: 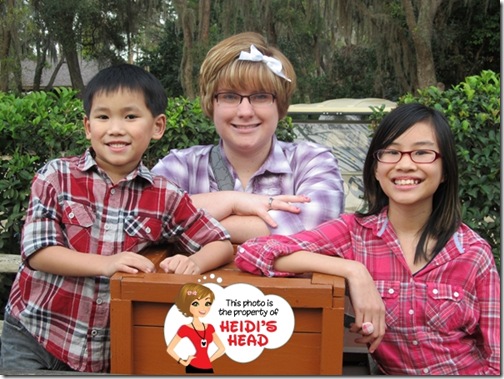 Brian and I were celebrating our 20th anniversary on this trip, so we tried to grab a few pictures of just the two of us as well. 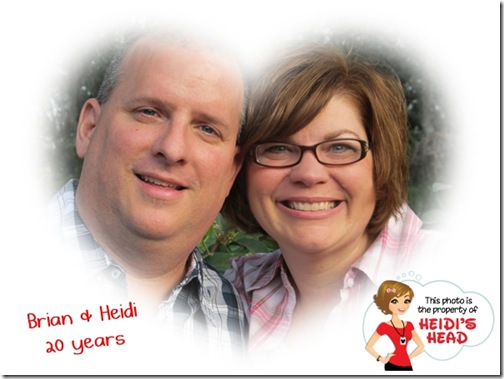 I’ll write another post highlighting our experience at Hoop-Dee-Doo.