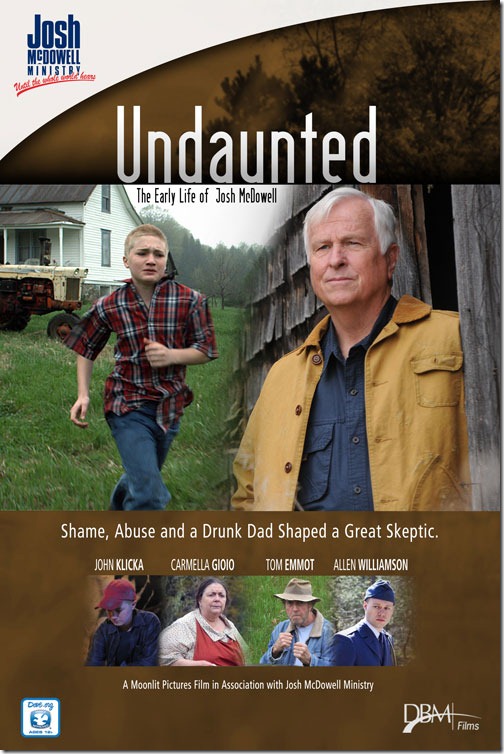 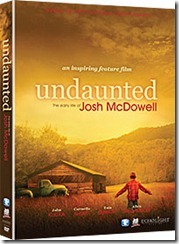 A few weeks ago, I received the movie Undaunted in the mail.  My family set it aside. Finally, yesterday afternoon, I found myself with some free time (of my making – sometimes, you just need to walk away from the computer); so I sat down and watched this film.

Undaunted is a 68 minute film, depicting the true story of the early life of Josh McDowell.  It’s not an easy film to watch.  Josh’s early years were filled with some horrible realities – he had an alcoholic father who was abusive to Josh and his mother. He was also molested by a family “friend” (ongoing for many years).  Josh was hurt and he was ashamed; and, as a result, he hated God and even questioned His existence.

Josh set out on a life journey to prove that Jesus Christ never existed.  But, God had other plans for Josh.

Undaunted, narrated by Josh himself, is a docu-drama.  In it, Josh shares his journey from skepticism to faith.

This movie would be an excellent choice to share with anyone who is questioning the existence of God.  It would make a wonderful outreach tool for churches to share.  I’d highly recommend it.  During those 68 minutes you’ll feel sad, shocked, hurt, broken – all the things that Josh himself must have been feeling.  If you’re anything like me, chances are you’ll feel changed by the end!