The other morning, as I was laying in bed, the idea for this post came to me.  I would have posted it yesterday (as the goal has been to post something on my blog each day this month) – but, unfortunately, I ended up with the flu.  Ugh!  Anyway – – –

In the fall of 1998, my best friend Sue and I were working the Home & Garden Party booth at the local fair.  We saw a lady pushing a little Asian girl in a stroller. Sue knew that I had a heart for adoption (and we had lost a baby the year before due to an ectopic pregnancy).  She really encouraged me to strike up a conversation with the lady.

She gave me the name of the adoption agency she had used – we ended up using that same agency for Gracie’s adoption.  But, something she said really stuck with me.  She said “You could go out and spend the same amount of money on a new car; but what would you have to show for it in 10 years?”

I talked the other week about our van, and the fact that we’re going to need to replace it.  Thinking of that reminded me of the conversation I had at the fair.  It all came back to me.  In October of 2000, Brian and I traveled to Vietnam to adopt Gracie.  During that same time, my parents bought the van. 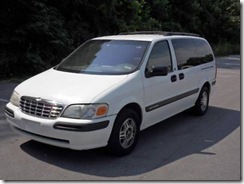 10 years (and a few months) later, though it still looks just fine, we really don’t have much to show for the van.  However, we have this: 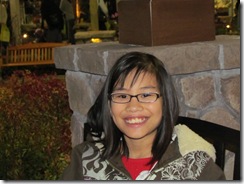 Sure, adoption is a big expense.  It might require some juggling of the finances, and some sacrifices.  But, let me be the first to tell you, IT’S WORTH IT!  So much more worth it than any car!

(I’m dating this post for yesterday – because I had good intentions!)